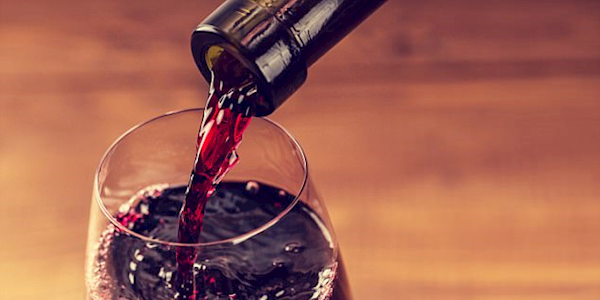 Alcohol, to many, is a universal representation of having a good time. The problem is that once we have a taste of a good life, our brain will almost always long for it. The aroma and taste that comes with a fine glass of red can become an experience that one would certainly relish. For some, perhaps such experience is so intense that they voluntarily and willingly relinquish their self-control and surrender to the pursuit of their version of “happiness”. There is nothing sinister in using alcohol to elicit or recall fond memories. However, when you reach a stage where alcohol becomes the mean of searching for happiness, then it becomes a problem.

I’m not sure if you feel the same, but as we are approaching closer to the silly season, the presence of alcohol becomes more and more noticeable. It doesn’t help when there are so many opportunities and temptations which lie ahead in the next week or so – that having an affair with alcohol seems inevitable. If you were unfortunate enough to have been cursed with a prescribed course of antibiotics for you during Christmas and New Year, you must be wondering whether you had to abolish your intensive wine list?

Staying off alcohol when taking antibiotics has been consecrated advice from pharmacists and GPs for as long as I can remember. The negative connotation between alcohol and antibiotics closely resembles a pair of lovers that are destined to be apart despite many efforts to be together. Unless you are a woman who is looking for an excess to turn down an alcoholic drink because you are trying or in the early stages of pregnancy, and are not willing to give away the happy news so quickly; telling friends and colleagues that you are on antibiotics can be a bit off-putting and an anti-social thing to do.

So, is it true that you need to abstain from alcohol whenever you are on a course of antibiotics? The answer to this isn’t quite that simple.

It is difficult to work out exactly where the advice of avoiding alcohol with antibiotics came from. However, such advice can date back as far as the 1950s where penicillin was developed and first used to treat sexually transmitted infections such as gonorrhoea and syphilis. At the time, the advice came about not because alcohol makes penicillin less effective, but rather it was due to the fact that doctors worried that the risky sexual behaviour under the influence of alcohol could potentially undo the reputation of it as a miracle drug at the time.

Such observant remarks, although not backed by science at the time, there is now emerging evidence to suggest that people are generally more likely to engage in risky sexual activity when they are intoxicated.

There are a lot of myths out there where people would assume that alcohol can stop antibiotics from working effectively or cause serious side effects. From a pharmacological standpoint, alcohol does not post any detrimental effect when used in combination with most antibiotics. However, from a clinical standpoint, there are several compelling reasons to believe that all antibiotics should not be mixed with alcohol.

One is that if the patient assumes alcohol is contradictory to their treatment, then it would encourage them to skip their antibiotics over a glass of wine at dinner time. Doctors and pharmacists want to prevent this because such behaviour could potentially lead to the serious problem of antibiotic resistance.

Secondly, drinking alcohol while your body is trying to fight off infection may not be ideal because alcohol can promote dehydration by forcing your kidneys to lose more fluid, interrupt your circadian rhythm and affect sleep patterns. This can prevent your body from absorbing vital nutrients which can result in a slower recovery when you are ill.

Although most antibiotics are compatible with alcohol, there are a few exceptions. Metronidazole and Co-trimoxazole (sulfamethoxazole/trimethoprim) are the two examples of incompatibility. These antibiotics block one of the pathways where alcohol is metabolised, leading to a rapid build-up of a nasty substance called acetaldehydes. Such substance generally results in a host of unpleasant hangover symptoms such as nausea, vomiting, facial flushing, headache and rapid heart rate.

The interaction of this kind between alcohol and antibiotics is generally more unpleasant than serious. I usually advise avoiding alcohol completely for the duration of the course and for at least 72 hours after finishing your course of antibiotics before considering having a sip.

Although mixing alcohol with most antibiotics is not contraindicated. Both alcohol and antibiotics can individually and collectively cause unpleasant side effects. Such an experience will only get worse if you are ill or physically unwell. I always advise my patients to avoid the combination as much as possible regardless of whether you’re on one of the problematic antibiotics or not. Bear in mind that antibiotic treatment is often prescribed for short term use. So, put a halt on your heels and consider resuming alcohol consumption until after your treatment. This could only do more good than harm by reducing the potential side effects brought on by the antibiotic and also a greater chance of a speedy recovery.

So next time when you have prescribed a course of antibiotics, make sure you talk to your pharmacist to find out if you need to abstinence from alcohol and for how long.

To a joyful festive season,