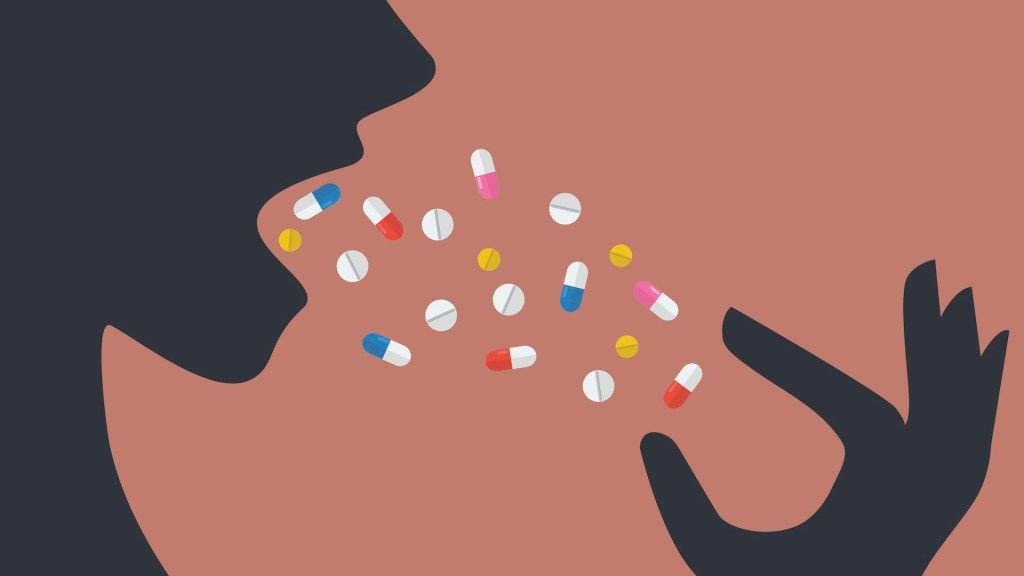 It always puzzles me when I see people treat their pets better than treating themselves. For instance, I regularly come across people picking up prescription medicines for their pets. The fact that people are willing to spend a fortune to see a vet but question the $5 government tax for their own prescriptions proves the point that they appear to love and care for their dogs or cats more than themselves.

Being a parent has in some way shaped my perspective in trying to understand such human behaviour and help me to find an answer to the perplexing question of why people don’t take their damn pills. Ever since the birth of my son, whenever he feels sick, my wife and I would take him to see the doctor. The doctor gives him a prescription and we religiously follow the instructions, even to a point of setting up the alarm clock to remind ourselves when the next dose should be. My wife and I realised that we are no longer that important compared to our little guy. He is much more important than us and we care more about his wellbeing than our own. On one hand, I understand why people could treat their pets like family members, but on the other, it still makes no sense to me as to why people would prefer their pets to themselves when it comes to their own health.

I’ve read a book written by Jordan Petersen a few years ago and I remember one of the chapters was about “treating yourself like someone you are responsible for helping”. The more I think about what he wrote, the more I understand that solving the adherence issue requires more than just a blister pack or proper medication counseling. In the chapter, he made a compelling case explaining why people don’t take good care of themselves – it’s related to how we perceive ourselves. He referred to the biblical story involving Adam & Eve.

According to the creation story, God places Adam in Paradise and created Eve as a partner for Adam. Within the Garden, there was the Tree of Life which had the fruit they could freely eat while the fruit on the Tree of Knowledge of Good and Evil was forbidden to touch. Despite the warning, both Adam and Eve ate the forbidden fruit. Hence, they both awoke with their eyes wide open, which gave them the ability to see the good and the bad, right and wrong. For the first time, they both became conscious, or perhaps self-conscious as the first thing they noticed was their naked body. I would imagine that becoming conscious that you are naked is a big deal for both of them as it was the first time, they saw each other’s flaws. Nakedness can have a negative connotation and is usually associated with vulnerability and weakness, exposed and unprotected. That is why Adam and Eve felt ashamed after their eyes opened because their flaws stood out.

This is particularly true when patients are diagnosed with a long-term clinical illness, they are finally coming to terms with how “naked” they are. Immediately they become defensive and frightened of being ill and this eventually progresses to a resentful stage where they feel ashamed and unworthy of medical attention and intervention. The reason they have such thoughts is that they believe they are the “flaws” of their life and are unworthy of “help”. These are the very same thoughts that Adam had about being afraid to walk with God because he was conscious of his nakedness and that God would judge him based on his high standards. Because of this, I really think that medication adherence is not just a simple matter of forgetting to take the medicine. It lies deeper into our human psyche where our transgressions, insufficiencies, and inadequacies are the fuel that leads us into thinking that our innocent pet is more deserving of our attention.

Sooner or later, we all need to ask ourselves an important question, “What will my health be like when I care for myself properly and start taking the medicine that I should?” Well, for a start, don’t expect your health will ever revert to 100% efficiency. However, knowing that it will not progress in a downward spiral is both relieving, and reassuring.

Ultimately, to reduce the cost of medication non-adherence, we need to get people to take their damn pills. The health system and healthcare professionals like us must shift our strategy slightly. We must make efforts to understand the human psyche and help individuals to remove the veil of unworthiness and resentfulness to reveal the self-confidence lurking behind so that people can finally stand up tall with their shoulders back and start moving forward without shame once again.

To taking your medicines regularly, as prescribed,