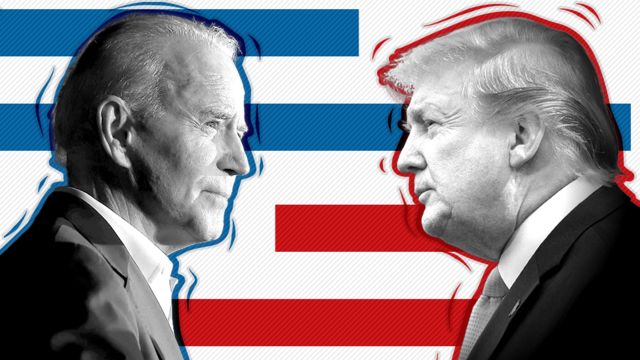 I was watching the US election on TV Wednesday night and to be perfectly honest, it’s much more entertaining than the NZ ones we had a few weeks ago.

As I was listening to the commentaries, one of the presenters from CBS news said the American people had to decide between Trump or Biden and at the moment the nation seems to be as divided as it has ever been. This comment led me to ponder the idea of making decisions. Way back at the beginning of the year, I wrote an article about deciding between two tough choices (you can read it here). Now I think it’s time for me to revisit that and give you some of my thoughts about choosing between two options – none of which is attractive.

I’m glad that I’m not in a position like the American people who have had to make a decision between two “not so great” options to be the next president. Believe me, when the two options are equally bad, the decision process is very difficult and painful to go through.

When you look beyond their personalities, attitude and a handful of allegations against both candidates, each of their policies has pros and cons. What makes it extremely difficult for a voter to think rationally is that the media doesn’t always focus on their actual policies but rather they create a compelling narrative based on their words, private lives, and personalities.

At the end of the day, we can’t blame the media because those are the things that sell, not to mention the majority of the voters vote on their emotions rather than on their moral obligation or conscience.

So, what do we do when we are faced with two or more bad options?

If you can’t make a good choice, then opt for the least bad decision with better moral grounds and lower risk. This is probably your safest bet. Although I agree with this strategy, I feel that we do need to take big risks if we think our decision is morally right. Let me explain why –

There are two reasons stopping many people from pursuing what’s morally right, locking them into their current situation. Maintaining the status quo can be too comfortable and the cost of pursuing their dream can be too great. They are afraid that the risk might be too much to bear.  I think it is completely normal to be afraid of taking risks and pursuing something meaningful. But people should not ignore the other side of the argument – that you should be more afraid of not taking action and staying where you are if it’s making you miserable.

Many people dispense with the idea that if the two choices are equally bad, then you have the third option of not making a decision and remaining as-is. People are willing to put off making a choice and see if better options show up over time. This logic holds true only if the status quo is the better out of the three. However, when we are under the gun, so to speak, there will come a time where you will pay a price for sitting in your current situation being miserable.

Many people would then argue and say that the devil I know is better than the one I don’t – please don’t be so sure of that. If you are miserable now and don’t change anything, I can guarantee that in 5 years you’ll not just be more miserable, you’ll also be resentful.

Yes, making the right decision or the best possible one out of limited options is difficult. Sometimes it all comes down to whether we are in a position to make those calls because making the right call can be a luxury, something we all don’t have. For instance, many people have mortgages, children, financial commitments, etc. With all those at stake or to consider, it becomes a luxury to pursue your dreams, what is meaningful or morally right. I think we all tend to mix up happiness with moral obligation when making decisions. It is definitely a luxury to pursue what makes you happy but it’s a moral obligation to pursue what is meaningful to you.

Being a pharmacist, we always work closely with doctors to help them make the right possible treatment decision for their patients. Many times, we find ourselves in a situation where we need to decide between two treatment options which are equally effective for the patient but both have very different side effects. We often have to make a difficult decision based on our clinical judgement, to evaluate what will expose the patient to the least amount of risk. Let me stress the word “least” because it is simply not possible to find an option that is risk-free. Sometimes, we’re ever faced with a situation to opt for a treatment that clearly has the most risk in terms of the side effects but the survival and health outcomes are much better.

When we find ourselves at the crossroad between two unattractive options, we need a balance between self-interest and what’s morally right and wrong. There is usually one option that is the better choice for the bigger picture even if it exposes us – the decision-maker(s) – to greater risk.

Perhaps the right strategy is to break the mirror in front of you and look beyond your own self-interest. We all need to be accountable for our decisions so that one day when we look back on our lives, we can be proud of the hard calls we made, that they were morally the right calls and we were not purely indulging in our self-interests.