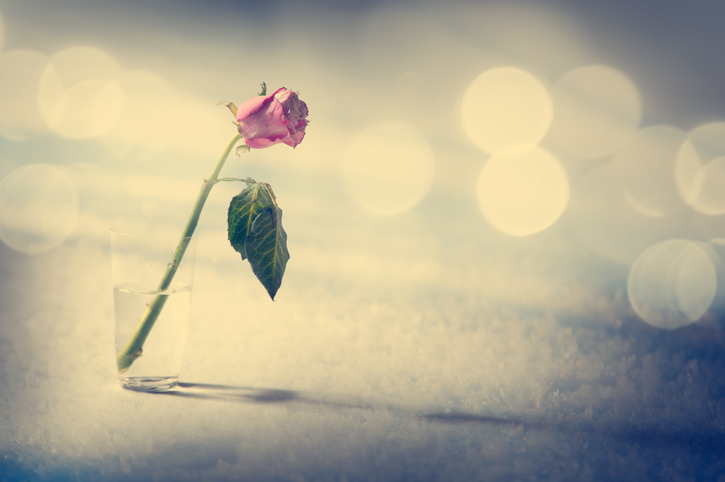 Strangely enough, people can thrive in the face of death. Being a pharmacist and have a foot in palliative care, I’ve seen many deaths and it is not an easy job. So, I have extreme admiration for palliative nurses. That’s a hard job to be doing because you are caring for patients that are in their last days or hours of life who can in extreme pain. Your job is to make them comfortable and hence over time you develop a special relationship with them both professionally and emotionally because of the amount of time is spent with them. What’s worse is that you know that this relationship doesn’t last and sooner or later the patient will eventually pass away. That’s what happens every day with their job. They deal with death and grief all the time. What may seem strange is that people still choose to work in a palliative care environment – something that everyone would assume is one of the most depressing places to be.

I regularly get the chance to liaise with the palliative care team at Mercy Hospice and it was very interesting talking to them because they all found their job extremely meaningful. I often think that dealing with death in my line of work is tough, but I can’t imagine being a palliative care nurse where you are soaked with the notion of death and suffering every minute of your job. One would generally assume that the constant notion of death, witnessing the pain and suffering it may bring can make you not just question the meaning of life but potentially undermine it. But that could only be further from the truth. The truth is that sometimes it takes other’s death and suffering to enrich our own lives.

I accidentally stumbled across a blog earlier this week which happens to be written by a patient that was under my care. After reading her blog post and getting to know her a little more via her writing, she has inspired me to focus this week’s “dose of wisdom” on further developing my thoughts on the meaning of life which I have previously written about a few weeks back.

My patient was a young lady in her early 30’s who had been battling cancer for a few years now. There were good times and bad ones during her journey and recently her condition has deteriorated rapidly where she has been referred to hospice care for the last chapter of her life. I have had the privilege to manage her medications during the last moments of her life. Seeing the need for a consistent dose increase of her palliative medications gave me a good indication that her condition was deteriorating rapidly. It was often rather sad to turn up to work some days to find out that further dose adjustment is needed for her as it usually suggests the end is near. I believe she was very well aware that her days were numbered based on her deteriorating condition. Her recent blog post titled “The End” gave me the thought that she too, herself believed that it was the last piece of writing she would be leaving behind before she embarked on the closing chapter of her life.

It was a heart-wrenching read and was practically impossible for me to hold back my tears. People often said health care professionals should not get too attached to their patients. Yes – in an ideal world that is true but in reality, if you are an empathetic person like myself, I can tell you that it is bloody hard not to do so.

As a test of our faith, there is almost nothing more brutal and direct than a serious illness inflicted upon an innocent and inspirational person. Being diagnosed with cancer is unfortunate. But being diagnosed at a young age is unfair and as tragic as it could possibly be. So, what do we do in a situation like that because everyone is going to have a difficult situation or life crisis like that in some sense? Sooner or later, you’ll be faced with illness or illness in the people that you love. So how exactly should we tackle such brutality in life?

I gave some serious thought to this and after reading her blog, I started to see life a little differently. I’ve come to realise that one of the keys to a meaningful life is to adopt the mindset of the terminally ill.  When you are terminally ill, your timeline shrinks and it makes you re-evaluate and prioritise life so that you could live life the full even with the remainder of your days.  Rather than thinking and planning for next month, you probably could not even plan for weeks in advance. All of a sudden, you start to filter out all the things that don’t matter to you but rather focus on the things that matter the most. This is exactly what we need to do when facing crisis and problems in life – is to put life back into perspective.

This mindset has taught me not to look into the future too far ahead. Yes, it is important to have plans and a vision of where you want to go, but it should never come at the cost of ignoring your present. Your present situation, the relationships you have in front of you are the things that are very real and that you are in control of. It’s often interesting to realise that many people, including myself at times, may get too hung up with the future and forget the present. When we are overwhelmed with problems or a crisis that we need to solve tomorrow, it is difficult to appreciate what we already have. Sometimes we just need to remind ourselves that our days are numbered whether we are terminally ill or not. Sooner or later, we’ll be gone and what’s worse is that people simply do not know when their time is up. Because of the notion of uncertainty with life, we must focus our attention on the present, reconnect with people that we love, and concentrate on the things that make us happy. You become more appreciative of the things that you once never thought to be important. You’ll start to realise that your present should be a catalyst for your future and not a burden that drags you behind.

The way to combat the fear of death and crisis is to live your life to the full, take advantage of what’s in front of you, utilise your talent and potential, say yes to things that are worthwhile despite a certain element of risk, and most importantly, to tell the truth.

To living life to the fullness,