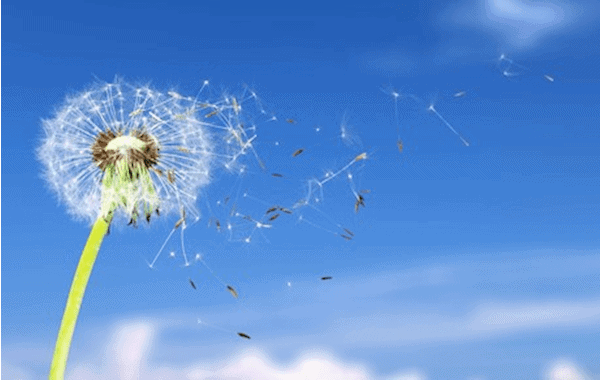 The 1st of September marks the first day of spring. Although theoretically we are entering a season of birds chirping and flowers blossoming, the weather clearly not indicating so. Cold, wet and windy weather might still be ahead of us before we can truly see the liveliness of spring.

When I think about spring, what comes to mind is new growth and new beginnings. The plants are coming to life again, the trees have buds on them and grass is popping right out of the ground like the speed of light – meaning that I’ll have to start mowing the lawn more frequently than every 6 weeks that I have been able to push to over the winter (bad news for some☹).

When you think that everything seems to be starting to go uphill from now, there comes your first sneeze of the season. Yup, you got it right…it is the season for stuffy & runny noses and, weepy & itchy eyes.

You don’t need to follow my emails to realise spring is the prime hay fever season. Approximately 20% of the population suffers from it. Probably the majority of you are an old hand when it comes to managing your hay fever and already have a good general view of what it is, and how it’s caused.

Since the beginning of the week, I have already had some of you asking me about how to manage your hay fever symptoms. As much as I would like to talk about the treatment options for hay fever, I believe the best way to win the war on hay fever is by identifying ways to minimise the chance of triggering it. Because the truth is, hay fever is a disease that can never be cured.

To understand how to best tackle your hay fever, it is crucial to know the type of hay fever you are dealing with. I’m a person who likes to simplify things rather than complicating it. Despite many different types of hay fever, I like to boil it down to just two major types:

Knowing which type of hay fever you suffer from is important because they both are caused by different allergens. The culprits for perennial hay fever are usually dust mites and domestic pets. If you are suffering from perennial hay fever, I’ll be sorry to tell you that your hay fever will never be managed unless you farewell your beloved pet – which I don’t think is possible. However, there are still things you could do to improve your condition:

· Dust with a damp cloth

Wind-borne pollens are usually the cause of seasonal hay fever. There is usually a misconception that people with hay fever should not have flowering plants in their home. This is not true because the majority of flowering plants are unlikely to cause symptoms of hay fever because the pollen grains are too large to be pollinated by wind. Trees, weeds and grasses are what you need to watch out for.

The length of the pollen season depends on the plant species you are allergic to. For those of you suffering from seasonal hay fever, a pollen calendar could be your best friend. A pollen calendar published by Allergy New Zealand can help you single out specific plants that trigger your symptoms based on the month they are active in.

There are many things you could do to minimise your exposure to pollen, for example:

· Avoid early morning activities – pollen count is the highest between 5 am, and 10 am

· Keep the window closed in the morning and at night and used the air conditioning unit to filter out the air.

· Use air conditioning on “recycle mode” in the car when driving

· Use a dehumidifier to reduce indoor humidity

· Wear sunglasses outdoors to reduce pollen contact with the eyes

One trick you could do to reduce contact of pollen with the lining of your nose is by dabbing a small amount of Vasaline around the edges of your nose. This barrier created will trap pollen before you breathe it in to prevent the triggering of hay fever symptoms. If you were to use this method, I would strongly suggest only use it sparingly, not rubbing it too far up your nostrils, and not to use within several hours of lying down.

Next week I will be going through some treatment options that could help you stay on top of your hay fever symptoms. So, stay tuned.

To you and your family’s health