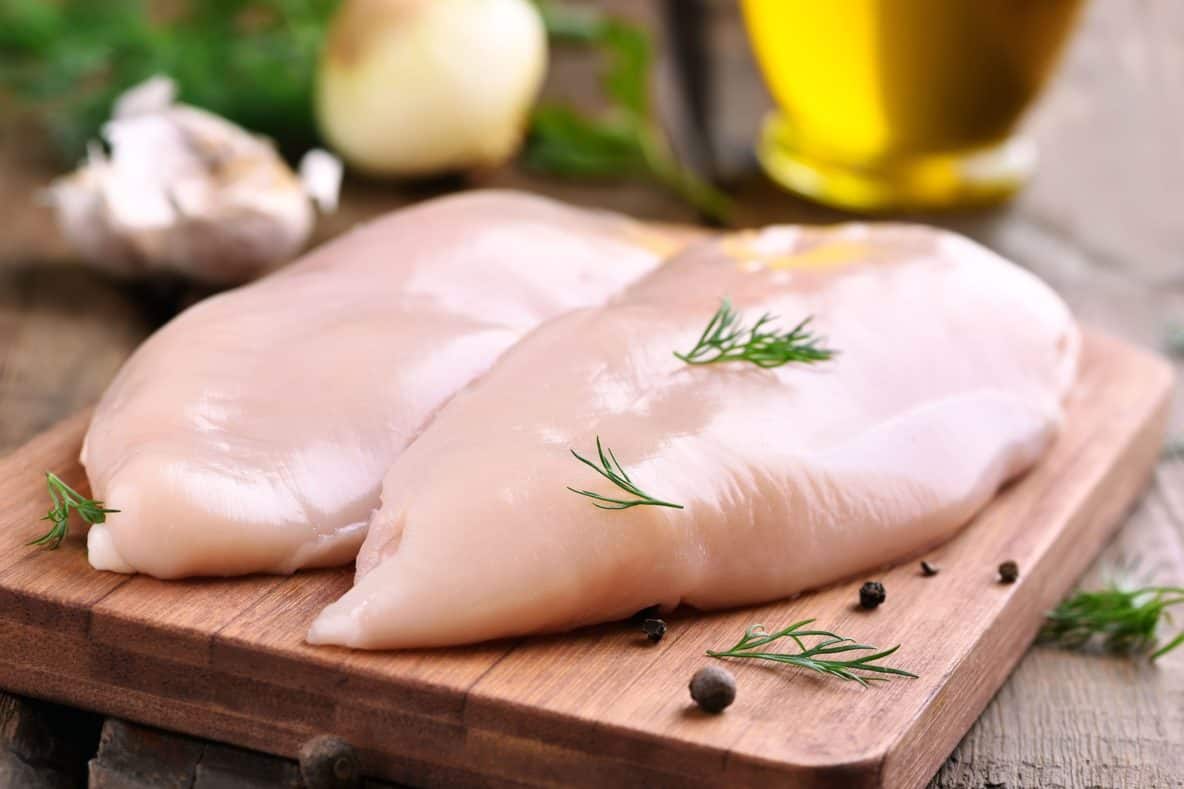 When it comes to cooking, I’m very pedantic about how food is prepared. One of the proteins I love the most is chicken. Chicken is probably the most versatile piece of meat! You can use it in tens of thousands of recipes across all different types of cuisines. However, as much as it is my top protein of choice, raw chicken is my kryptonite.

My relationship with chicken is a love and hate one. Physically it looks welcoming when cooked but looks can be deceiving because a dark secret could be laying deeper. It tastes amazing but yet it can be a ticking time bomb ready to ignite when not cooked properly.

Whenever I have to handle raw chicken, there is always a psychological battle going on within my mind on the best way to prepare such delicious but dangerous piece of delicacy. I have my own rules when it comes to handling raw chicken. For example, a few weekends ago when my friends were over for a barbie, a good friend of mine was chatting away while I was barbequing some satay chicken skewers. He noticed that I was using three tongs for cooking the satay chicken skewers. To his dismay, he asked me what all these tongs are for? I knew it was coming, so I proudly reply saying that one is for transferring the raw chicken skewers to the grill, the second one is for flipping the half-cooked chicken skewers and the last one is for transferring the cooked chicken to the serving plate. He was laughing so hard that caught everyone’s attention.

I know is a bit excessive, but is better be safe than sorry. Plus, at the end of the day, I don’t want to be known for poisoning everyone with my food.

My OCD about handling chicken developed several summers ago. I’ll never forget the time when I was cooking chicken over a barbeque and made the mistake of using the same tong for touching raw chicken and cooked ones. The outcome was predictable, and I gave myself food poisoning by spreading Salmonella from using the same tong.

Handling chicken the right way is probably the most important culinary skill that anyone who cooks should master. One common mistake I see many of my friends doing when I go over for dinner is that whenever they prepare chicken, they always give the raw chicken meat a rinse under the tap.

This is a common practice and always leaves me in horror. Logically, it makes sense because one would assume that the reason chicken is slimy because of all the bacteria present on the surface. And giving the chicken a good rinse will hopefully remove them. However, instead of getting rid of the bacteria, have you ever wondered what you could be spreading Salmonella across your home without noticing it?

Some of you might ask me- so why is washing chicken before cooking a bad thing?

Well, washing chicken before cooking is a waste of time, and at its worst, you are providing a pathway to spread Salmonella by holding your meat under your kitchen tap.

According to the Centres for Disease Control and Prevention (CDC), When you wash your chicken, you’ll accidentally be spraying Salmonella all over the kitchen in the kitchen sink, on the countertops and possibly contaminating the neighbouring salad or food you’ve prepared earlier. Also, washing your chicken is a useless step that doesn’t kill or remove any bacteria living on your chicken.

The only way to truly kill the bacteria from chicken and preventing yourself from ingesting them is by cooking them in the hot oven, frying pan, or barbeque skillet. Why not just let the process of cooking do the dirty work for you and stop handling raw chicken the way you shouldn’t be.

Well, I believe the washing routine after handling raw chicken is much more important and should be taken more seriously. So, what should you be washing instead? It turns out that your “chicken hands” is the culprit for contaminating your kitchen. Think about this, how often do you make the mistake of touching and handling raw chicken, then reach out for the microfibre cloth, open the tap and start wiping down the chicken juice on the benchtop and then touching the chicken again? Yes, we all do that and that is the reason exposing you and your family to unnecessary risk of contracting salmonella. Always remember to wash your hands with soap and sanitiser before touching anything else besides the chicken you are handling.

Speaking of the yellow microfibre dishcloth, I’m sure many of you, including myself, have one lying around the sink in the kitchen and are always soaking wet. I’m not sure about you guys, but I have a habit of using the dishcloth to wipe down the countertops and cooking tops after doing the dishes.

The reason most people wipe down the surface is to ensure a clean and immaculate kitchen. However, just because you wipe down your surfaces doesn’t mean they are necessarily clean if you haven’t sterilised your dishcloth in the first place.

How many of you are guilty of using the same dishcloth for months without proper sterilisation? I’m guilty of it. Let me put it this way, most dishcloth in the average kitchen is probably soaking wet and full of food particles. These two factors already creating a cosy home for bacteria to thrive and that explains why dishcloth contains so much bacteria that you are inoculating every surface if you are using it to wipe down.

What’s bizarrely disturbing is that we somehow expect such germ-filled rag will somehow improve the hygienic profile of our kitchen. One trick I always use to eliminate bacteria that lurk inside a sponge or dishcloth is to damp it with water and pop it in the microwave for 2 minutes. This can help minimise the growth of those nasty germs. I also recommend replacing them with a new one at least once every 3 to 4 weeks. One way to make those yellow microfibre dishcloths last longer is to wash them in the washing machine and then dried on high heat or hang them under the sun.

Besides sterilising your dishcloth, thorough cleaning of the cutting board is also something being overlooked by many. The problem with the cutting boards is that they may have scars all over it from months of vicious chopping and slicing. Those scares and cracks provide a fantastic space for bacteria to grow. I remember reading somewhere that the average cutting board has about 200% more faecal bacteria than the average toilet seat. My suggestions are never to cut up chicken and then salad on the same board without disinfecting it. The better way is to use separate boards for raw meat and vegetables or fruits.

Last, but not least is that no amount of cleaning and disinfecting can stop you from getting sick if you don’t cook your chicken properly. Almost 100% of food poisoning occurs from either ingesting contaminated food or food not cooked properly. So next time when you start munching on the chicken you’ve cooked, make sure cut into your meat before taking a bite. Re-cook the meat when it appears clear, pink or slimy to make sure it’s cooked all the way through.

If you have any questions about sterilisation and food preparation hygiene, please don’t hesitate to ask me. I’m always here to help.