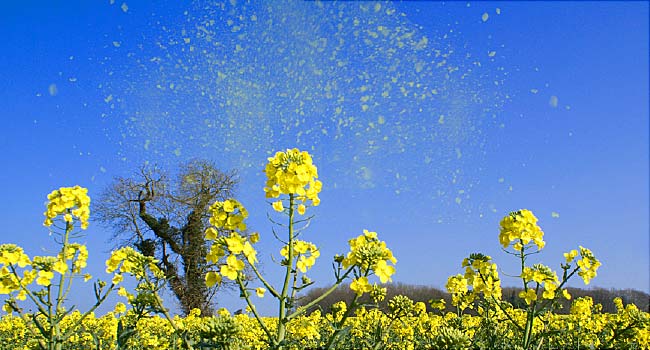 Is that time of the week again. It’s such a fantastic feeling to know that what I write each week reaches all of you and makes an impact on your health. It is truly a blessing to be able to engage with you all and share some of my knowledge as a pharmacist to my inner circle of friends.

Just a matter of a week after sending you guys my last email, I realised how many of you were suffering from allergies.

A lot of you came into the pharmacy, asking me how to manage your worsening symptoms. Although I was thrilled to be approached by many of you, it saddened me to realise that allergies affect many of us in ways that non-sufferers can’t imagine. In fact, New Zealand has one of the highest rates of seasonal hay fever in the world. Up to 30% of adults and 40% of children are affected by it.

Pollen sensitivity usually begins at the age of 6 months to 2 years. However, symptoms do not usually develop until children reach 2 to 7 years of age.

One thing I noticed working as a pharmacist for more than 10 years is that hay fever allergies usually have a family link to it. I’ve seen many families -literally, every member of the family suffering from hay fever! Family history plays a huge factor when determining whether you will suffer from hay fever or not.

Also, if you are an asthmatic, I’m afraid luck is not on your side. Because 80% of people with asthma will also suffer from hay fever symptoms. The key, if you suffer from both asthma and hay fever, is to make sure your symptoms are well under control before the start of an allergy season.

As mentioned in my last emails, the best way to control your hay fever symptoms is to avoid the things that can trigger it. During the allergy season, you can have a better chance of surviving it by avoiding going outside when pollen counts are high. The amount of pollen in the air is highest in the morning between 5 am, and 10 am. Unless you are a late riser or work from home, it is virtually impossible to avoid being outdoors during those times.

Well, I’m sorry to those who don’t like to take medicines, but medicines treatment is probably the only way out. And you should view them as your partner in crime to tackle down the hay fever villain.

One of my regular patients asked me: “There are many treatment options out there…Which one should I use?…I’m confused.”

Quite frankly, I don’t blame her for getting confused. In fact, there are so many options out there; I can see how most patients can get overwhelmed.

The best way to find the right treatment is to look at the severity of your symptoms.

To make it simple, I like to classify the severity of hay fever symptoms as either:

1) Mild – intermittent symptoms (< 4 days per week) that does not affect normal sleeping and daily activities, or

For mild symptoms, there are 2 options:

The advantage of antihistamine nasal sprays is that they work faster than the tablet form but usually, they do not last as long in comparison.

The oral antihistamine works best if you take it continuously throughout the pollen season rather than intermittently.

As mentioned in my last email, there are different types of oral antihistamine out there in the market (e.g. loratadine, cetirizine, levocetirizine & fexofenadine).

Some of them have a slight advantage over another when it comes to the symptoms you are trying to control.

However, their efficacy ultimately depends on how your body’s response to an antihistamine and the truth is that it is often a trial and error process to determine which is most effective for you.

One thing we know for sure is that sedating antihistamines usually have no place in managing hay fever symptoms unless your sleep is severely affected by your symptoms.

It is the most effective medicine class for controlling the 4 main symptoms of hay fever – sneezing, itching, runny & blocked nose.

Corticosteroid nasal sprays generally take a slightly longer time to work, usually within 12 hours of usage. However, the full effect does not usually occur for up to 1 to 2 weeks of consecutive use. Hence, I usually suggest my patients to start using the nasal spray before the beginning of the hay fever season and regularly use throughout the season is the best way forward to effectively control your allergies.

Some of you might ask me: “Is it safe to use corticosteroid nasal spray long term?”

The answer to this is yes. It is considered safe because even though corticosteroid delivered nasally can be absorbed into our body to some extent, they are generally not associated with adverse effects and are consider safe to use as long term treatment. The only concern is that is can cause nasal irritation and dryness and sometime nosebleeds may occur.

I’ve tried to not bombard you with too much information. However, one last tip I always tell my patient is to use a normal saline nose spray before the corticosteroid nose spray to relieve dryness and clear any mucus present to improve mucosal contact with the steroid and potentially improve the effect.

As always, I suggest you talk to me or one of our team at the pharmacy if you have any questions about hay fever. We’re always happy to help go through treatment options to determine which product is right for you.