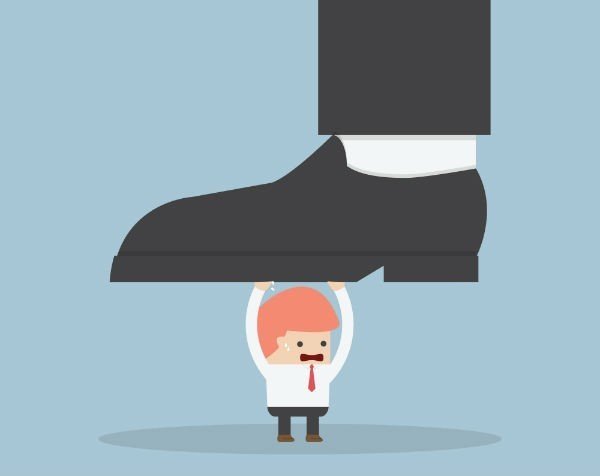 I was having dinner with a great friend of mine the other night who also happens to be my business coach and mentor. By the way, he is one of only a few that I respect the most. I have learned a great deal from him and his experiences. His knowledge in business and his ability to dissect and analyse a complex situation are unprecedented. So, if anyone requires expert advice or an unbiased pair of eyes to oversee your business strategy, Richard is the guy for you.

We touched base on several topics that night but one thing we discussed resonated with me deeply. It was about the Audible book he listened to about Jeff Bozos and his Amazon empire. This indeed fascinates me as I have been following the news about the latest development of the congressional investigation into the online market competition and the power and size of the 4 giant tech companies in the world. The congressional hearing covered a wide range of topics. However, one of the main focuses of Congress was whether those companies have used their enormous size to crush the competition and maintain a monopoly of the market.

This led me to ponder about a saying somebody said to me several years back – an analogy of constructing the tallest building. This concept stuck with me ever since and it’s something that I live by and do all the time.

There are only 2 ways of building the tallest building in town.  You either just focus purely on building the tallest building or you build a decent-sized building while you place all your attention on tearing down everybody else’s building around you down so that you become the tallest building in town. Quite frankly many businesses, particularly large corporate businesses, tend to the number 2. When you are the size of one of the largest tech companies in the world, it would be an easy way to focus on gaining the majority of the market is to eliminate your small to medium-sized competition by consuming them, chewing their bones, and spitting them out so that you leave consumers with no other option but to choose you. Many of you may think that we are living in an era of an abundance of choices compared to 30 or 40 years ago. Is that really true? Do we have a choice of choosing what we’ve chosen? This is a very deep question that probably deserves an article by itself. However, in my honest opinion, the sad truth is that we simply don’t.

In an era of technological advancement, our weakness is lying in plain sight and all our decisions are somewhat manipulated without us realising. Take this as an example. How many of you have realised that whenever you search for something on Google, somehow the advertisement for that particular category of products always appears as an advertisement on every site you visit? This is called target marketing. The concept is simple – showing you the product more frequently will increase your likelihood of buying that particular product from a particular brand.  The sad, sad truth is that many successful giant businesses across many different sectors exist to do that so that they leave no grounds for consumers to choose the smaller competition.

I remember a year ago, a patient of mine asked me about my thoughts on the big Australian counterpart opening a store down the road from us. He was very concerned for our survival and was hoping that community pharmacy won’t follow the footsteps of what has happened to local hardware stores back in the days – being destroyed by large chain corporate. That is indeed a very genuine concern and one that the industry should not take lightly. I believe if we don’t do something about it very soon, then we are inevitably moving down that track of no return.

A lot of people think when your competition opens their doors down the road that they are going to lose. That is could only be further away from the truth. If there is anything that I’m particularly proud of, it’s that my business partner and I have been spending the last 5 years trying to build the tallest building in town that we are capable of building.

We are living in a society with so many issues and problems at so many different levels. Too many of us operate from a scarcity mindset. Too many of us see the world as binary. This is a great reminder for us to do just the opposite.

I believe the problem is that many people want to win at somebody else’s expense without realising that there are so many variations to win and every single person is capable of winning by their own definition. People get mad and frustrated because they are sad and selfish, they care about themselves. They care about themselves because they are insecure and it is a protective mechanism – we can’t blame them.

People or businesses that tear everybody else’s building down actually think that competition is a bad thing and must eradicate it as much as possible to secure their future dominance. Many large businesses out there have access to an abundance of resources, capability, and power but a solid amount of them are lacking in humility and empathy. I believe people, in general, can have both kindness and capability in them. But they just don’t know or think is necessary to translate it into their business practice. We all somehow believe that to be grow a business successfully, they need to be ruthless and the mindset of “if they don’t hunt, they’ll be hunted”

The way to deal with competition is by not focusing your attention on them. Focus all your energy on building your version of the tallest building. Do this by building meaningful relationships with your customers, providing the greatest value, and lifting others up as well while showing empathy towards your competition because they are the ones with massive insecurity due to the binary vision they have. People need to realise that if you are good enough, nothing is going to stop you no matter how ruthless your competition is.

The single hardest-hitting piece of advice that I can give for everyone is that you can be successful without being detrimental. Focus on building your own version of the tallest building and do it by being a good dude along the way is the kind of mindset we all should have. If we all have such a mindset you wouldn’t have a single bad thing in society. If you care about every other person and not impose your hurt on someone else, this society we are living in would be a much better place. I felt that there is a tremendous sense of responsibility for me to convey this message and mindset to as many people as possible because I strongly believe that doing things in a more sympathetic, compassionate, and the human way is the fuel that drives our society to a better place.

To a better world,