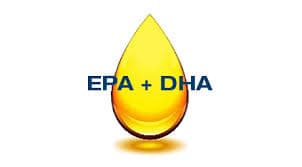 It’s me again. I know that a few of you have asked me in the past week if I have stopped writing emails because they haven’t received one from me for a few weeks now. The answer is no. I think the reason some of you are not getting my emails is that sometimes they ended up in the “junk mail” or “promotional mail” section of your inbox. So, please check your junk mail inbox because most likely, my emails are sitting there waiting for you to open them.

Last week, we touched based on fish oil with a focus on the oxidation and freshness of them. It was astonishing to find out how many of you read it and based on the requests from some of you, I’ve decided to look at the evidence behind using fish oil this week and whether you can benefit from taking it. Because it seems like a common question, I’ve been getting from some of you in the past week.

Fatty fish such as salmon, sardines and mackerel are packed with those omega-3s. Our body does not produce omega-3 fatty acids; hence the only way we could obtain it is through the food that we eat.

For people who dislike fish, DHA and EPA can be obtained from plant-based food that is rich in another type of omega-3 fatty acid, alpha-linolenic acid (ALA) because our body can theoretically convert ALA to DHA and EPA. An excellent example of these include flaxseeds, chia seeds, walnuts, pumpkin seeds and canola oil.

Some of you might ask me if our body can convert ALA into DHA and EPA, does that mean that I can obtain my omega-3s from purely plant-based products because I don’t like fish?

My answer to this question might not be as straight forward as it might seem. Although, our body can convert ALA into DHA and EPA, relying heavily on plant-based food rich in ALA has 2 problems:

Hence, I would say the answer is no. I believe oily fish or omega-3 supplements are still the best sources in delivering omega-3s.

Now, we all have an of understanding of what omega-3s are, let’s dig deeper and look at some of the evidence available out there regarding the beneficial effect of omega-3s.

Fish oil first captured the attention of scientists when research suggesting Scandinavians and Japanese had lower rates of heart disease. The scientists thought it had to do with their diet as they were the cultures that ate more fish than others. This eventually led to researchers wanting to know whether taking fish oil without eating fish might produce the same effect.

The clinical trials suggest mixed results. Some studies suggesting fish oil can help with heart problems while some didn’t prove the same results. 2 factors could contribute to these mixed findings:

Although results are mostly varying between studies, the evidence for fish oil can still be found. In an observational study in someone who has already had a heart attack or at high risk of having one, a modest consumption (approximately 250mg/day EPA & DHA) of fish oil may reduce the risk of future heart attacks and death from sudden cardiac arrest.

For the prevention of death caused by a heart attack, the evidence suggests that some consumption of fish oil (approximately 250mg/day EPA & DHA) is better than none, but a higher consumption may not substantially reduce the risk further.

A similar study found that people with high cholesterol and is taking cholesterol-lowering medication, the odds of having heart attacks can be cut by taking a high dose of EPA only supplements.

Besides heart health, fish oil is also found to a slight benefit in relieving symptoms of rheumatoid arthritis by having an anti-inflammatory effect. The study also indicates that high doses of DHA in people who have a higher risk of getting Alzheimer’s disease may be beneficial.

Some of you might ask me if the evidence of the benefit of fish oil is there, then wouldn’t it be better than just eating fish?

Eating fish is a fantastic way of increasing your omega-3 intake. I usually strongly suggest my patients to try to consume omega-3 through their diet. According to the heart foundation, an adult should consume 2 to 3 servings of oily fish per week. Adults who eat less than the recommended weekly intake may consider taking a daily fish oil supplement (approximately 1g/day). When fish oil is used, it should contain both EPA and DHA. A 1g/day supplement usually contains between 200mg to 800mg of EPA &DHA.

It is crucial to bear in mind that even for people who eat seafood regularly, it can be challenging to get enough omega-3 from diet alone. Unless you are eating oily fish such as salmon, mackerel or sardines, seafood options such as prawns, mussels or cod contain almost no omega 3 fatty acids.

The bottom line is that if you’re already taking fish oil at a recommended dose, and you are benefiting from it, then there’s no research to suggest you should not to take it. But make sure you don’t overdo it. However, if you are not taking fish oil but are thinking of increasing your EPA and DHA intake, then I would strongly recommend trying it from your plate first.

Whatever you do, it is always a good idea to talk to your doctor or pharmacist before starting fish oil. This is because sometimes, fish oil may not be suitable in certain conditions or with certain medications.