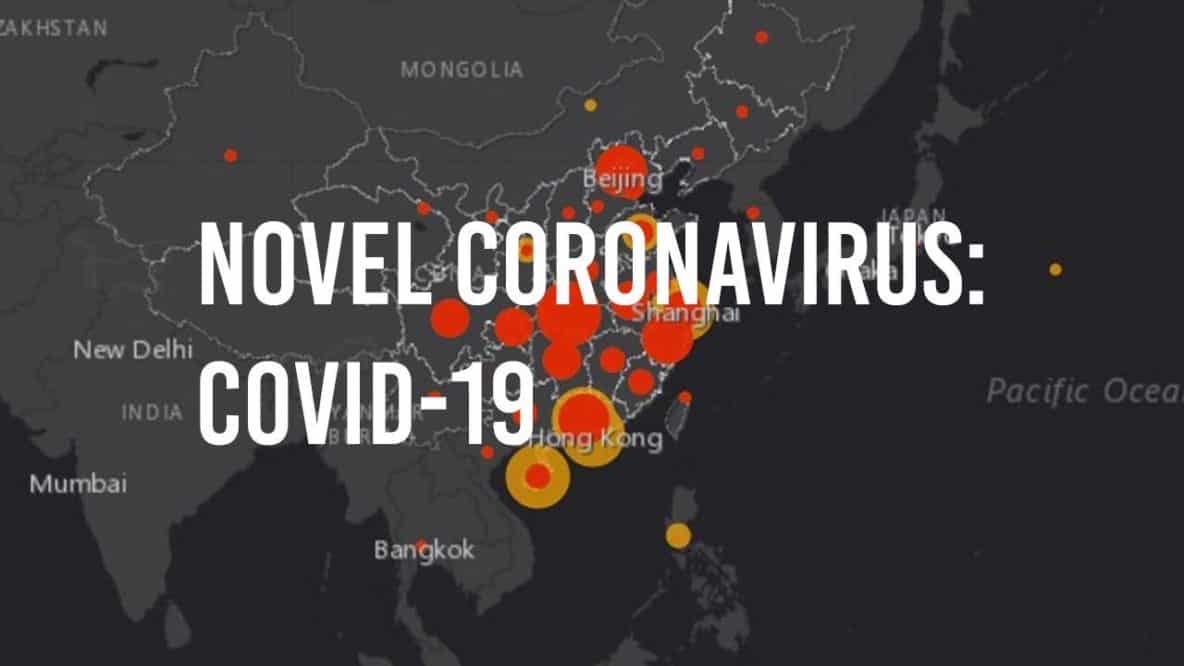 My last article has sparked a large amount of interest, and many of you told me how worried you are about the coronavirus outbreak. I have to reiterate that the intention of my last email about the coronavirus was not to cause any panic attacks but rather to give you the information that you need to make an informed decision for you and your family.

The promising thing is that there are still no reported cases in New Zealand as of today. However, again this is a fast-moving situation and we cannot predict what will happen next especially as we are slowly approaching winter in a matter of months and things could make a 180-degree turn – who knows. As for now, we seem to be off the hook compared to other countries with cases being reported.

Speaking of being worried, one of you asked me the question yesterday – “Should we be worried about this coronavirus?” and some of you are very optimistic and mentioned to me that the whole coronavirus pandemic had been fuelled by the media to a point being blown out of proportion.

There is an overwhelming amount of information on the internet and social media in the past couple of months as this situation was developing. It becomes much more difficult to filter out what is credible and relevant and what’s not.

I have to agree that some information being reported is not fact-checked and based only on weak evidence. However, does it mean that we should be relaxed about the whole situation? DEFINITELY NOT! Quite frankly, we should be worried about any virus that explores humans for the first time because it’s overcome the first major barrier. We have to understand that when an unknown virus enters a human cell and replicates, it will undergo mutations making it easier to spread and become more dangerous.

However, since the situation is still unfolding, it would be difficult for us to know how worried we should be until we have more definitive information.

Being worried and being anxious or fearful are two completely different things which should not be misinterpreted. Both are fuelled by the unknown. The uncertainty of how this virus came about, the unknown incubation period, whether infected individuals can be infectious during the asymptomatic phase and the concern about no effective treatment and vaccine available at this point to counteract the virus. All these are the main ingredients in brewing unnecessary fear and anxiety about the coronavirus.

Certainly, some people are predisposed to worry and fear, while others seem never to worry and engage in acts that many of us would consider dangerous. The difference is that being in a worrying state will allow us explore more avenues to obtain the most reliable information in the hope of finding ways or understanding ways we could use to have contained or prevent the spread of the virus (by the way – containment of the virus is a collaborative effort which involves everyone in the community to make an effort in promoting it).

On the contrary, being in a fearful and anxious state will having us engaging in acts that could tear our society apart (for example, unnecessary stockpiling of face masks where people who actually need them may not be able to obtain it.). If we look for logic, it would be hard to find – some people would smoke ten cigarettes a day, binge drink alcohol, driving excessively over the speed limit but wouldn’t dream of leaving the house without a face mask and hand sanitizer. Hypocrisy is sometimes the character that brings the worst in people.

The repercussions from the massive response to the Wuhan coronavirus are significant. There are three things I noted over the past weeks about the development that has alarmed me and could suggest the seriousness of the coronavirus.

First of all, is the case figures. Based on the situation report published by WHO as of 10 February 2020, the case fatality rate in China is consistently reported at around 2.2%, with around 3000 new cases confirmed every day. These are alarming figures because if these figures are accurate (- some outbreak analysts believe that the reported data is only the tip of the iceberg and the true scale of the outbreak could be much larger than the official figures) and given that the WHO suspect the virus has a reproductive index somewhere between 1.4 and 2.5, meaning that each infected individual could infect between 1.4 to 2.5 people. The number of people infected with the virus could potentially double every 14 days cycle. This explains why the Chinese government decided to lockdown millions of people in multiple provinces to try to contain the outbreak.

Secondly, in an attempt to understand the severity of the outbreak, many news agencies started comparing the case-fatality rate between SARs and the coronavirus suggesting that SARS had a 9.6% case-fatality rate compared to the 2.2% of the coronavirus. The problem of comparing case-fatality rate while an epidemic is still evolving is somewhat inaccurate and could be underestimated because it does not properly account for people severely infected but who are still alive although may die soon. The figure also does not account for severely ill patients died outside of the hospital without being included in the official death count. In this case, the case-fatality rate could be much higher than the reported rate. Also, it is unclear how many mild cases of the infection that are not being reported – hence the death rate could also be lower.

Thirdly, Wuhan is a relatively well-resourced Chinese city with the most advanced healthcare facilities in the region. In terms of capacity, the report said Wuhan had 6.51 hospital beds and 3.08 doctors per 1000 people. Let’s put this into perspective for you; New Zealand had just 2.8 hospital beds and 3.02 doctors per 1000 people. Despite China being a better-resourced country and having the ability to deploy additional state emergency resources, they are still struggling to contain the virus. Can we imagine how we would handle such a crisis if we were to face such a magnitude of an outbreak in New Zealand?

Based on my observations, I certainly think we should not downplay the evidence and fool ourselves into thinking that such an outbreak would not happen in New Zealand. However, I’m not saying you should start paying $30 for a face mask and buying out all the stock available. I believe “worry” is not necessarily a bad thing; it is always better to overreact than underestimate the potential harm a virus outbreak could do.

Until the pandemic is over, I think everyone should follow the WHO advice of washing your hands frequently, covering your mouth and nose when coughing or sneezing, avoiding touching your eyes and nose, and don’t get close to people who are not feeling well.

If everyone plays their part, hopefully, one day when we look back from the future we’ll say that the reason we all turned out fine is that we took the necessary steps to protect ourselves and the people around us.

As always, I’m here for you all if you need any advice.