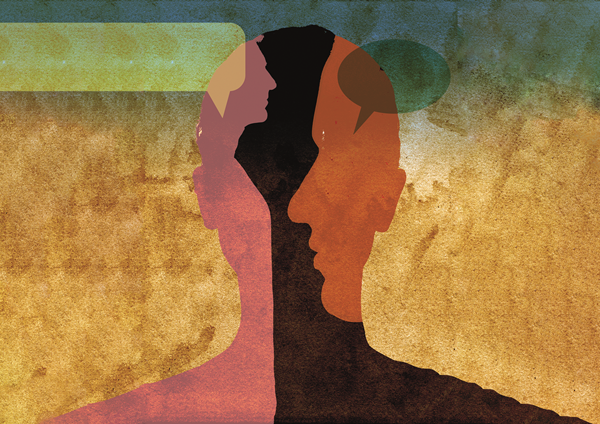 Technology has served its role in improving our lives, making it more simplistic and convenient for us to navigate this complex world. Who would have thought 30 years ago that technology could dominate our lives to the extent we experience today? I mean, who still remembers the good old times before the emergence of the internet and mobile phones – the only means of communication was by writing letters or making an actual phone call using a corded phone.  Technology certainly has a tremendous upside and it seems to have done us good by bringing everyone in the world a lot closer together than before. However, is it really for the better? Or are we simply choosing to ignore the fundamental problems that are laid out right before our eyes?

When we look at mental health illness particularly depression, bipolar, and schizophrenia, technology advancement in recent years has opened a new frontier in mental health support and data collection. Computers and mobile devices like smartphones and tablets are giving people with mental health illnesses, doctors, and psychologists new ways to access help, monitor progress, and increase understanding of mental wellbeing. However, just like in every facet of life, there is always a side where things may not appear as great as it proclaims to be.

I believe the biggest challenge we face with improving mental health in the general population in this digitally driven world is how we can create a meaningful relationship with people who suffer from mental health illnesses by using the right communication channels and techniques.

Technology can pose a great challenge to people with mental health problems because they may not interact with technology to the same extent as other people do. For example, human interaction is crucial for people with depression. However, at present, many services and processes that formerly had a human interaction component are nearly completely automated and this will most likely be the trend for the years to come. There is no doubt that many more traditional interactions will be replaced by AI automation.

With 3.5 million Kiwis being active social media users and spending an average of 1 hour and 53 minutes on social media networks each day, people are interacting with each other more behind the screen than face to face. The problem with this “new” norm is that people tend to speak what they like without the need to worry about what another thinks. Automatically, we moved from a place where respect for each other’s opinion is a necessity to a place where our opinion is the thing that matters the most. It is certainly a lot easier to troll and say what we want including hurtful remarks to one another behind our keyboard than in a face-to-face situation. Let’s face it, no one likes confrontation – communication via a social media platform creates a perfect portal for us to express our views and brush off our responsibility. The problem is that most of the time we simply do not know the mental state of one another and also the complexity of each other’s life when we are communicating via social media channels. Without the ability to gauge each other’s mental states, we cannot simply tailor our conversation best according to the situation. The combination of our inability to communicate with mentally ill people and our lack of knowledge about mental illness can sometimes be enough to put someone into a remission phase or deteriorate their mental condition.

My experience with a patient of mine this week has given me great thoughts about the importance of communication and support in people with mental health. Long story short, this patient arrived at the pharmacy to collect his prescription. He looked relatively happy to me and content at the time, and hence I asked him how he was doing. A question that I thought was asked in a heartfelt manner turned out to be something that triggered his emotional state where he had a meltdown which involved accusing a range of people of mistreating him. What I’ve learned in this incident is that complexity is the fundamental problem. To someone with a major depressive or anxiety disorder to whom every moment of every day is an excruciating ordeal, it feels like a slap in the face when a not so thoughtful question was asked.

We need to understand that sometimes people’s lives become so damn complex that they simply can’t stay on top of it in any way. As a result, many will seek ways to try to escape from it. They escape so that the complexity can go away. The problem with escaping from reality is that when you are confronted by something or someone that reminds you of your complexity or problems, all of a sudden, you find yourself snapping and in a very dark place. An analogy I use that best describes this phenomenon is to take a balloon and blow it up to a point beyond its tolerance, it simply just blows at its weakest point. The same will occur when you keep adding complexity on top of yourself. At some point, you’ll blow out at your weakest point and that’s what I saw my patient go through the other day.

In our society, there is a powerful negative stigma attached to mental illness. Our fear of mentally ill people primarily stems from our lack of knowledge about mental illness and our inability to communicate with them in a manner that is appropriate for them. In many instances, people with mental illness are generally very conscious of others’ opinions about them, their life and their mental state in general. They are often self-conscious and fearful that people might view them as “not normal” or “mentally ill”. Many but not all – are often in either constant denial or too self-conscious which can lead to feeling too stigmatised to seek help. We always need to remember that just because they may be behaving in ways that don’t make sense to us doesn’t mean we can’t provide them with the support they need.

However, what’s intriguing is that whenever people try to help, it often results in a bitter situation. Whether intentionally or by accident, people often end up trying to give the best advice possible. Don’t get me wrong, they often come from a good place and intend to be helpful. However, the “down-play” technique we often resort to when advising without giving sufficient acknowledgment of their problem or situation can often backfire on us.  Rather than offering unwanted and unhelpful advice, sometimes all we need to do is to acknowledge and validate the person’s feelings.

A natural response from anyone who has no knowledge of how to handle and communicate with someone with mental illness is to pass them on to another person like a “hot potato” just to get rid of them. I understand that it can be really difficult to speak to someone dealing with a mental illness when you are not experienced in doing so. I guess the main reason is that sometimes it’s hard to find the right words and it is easy to blame yourself for not saying the right thing or doing enough to help the person. Also, you don’t want to end up feeling like you have opened up a can of worms.

However, always remember that doing less is more when it comes to mental illness support. You don’t need to be the hero all the time in helping them solve their complex problems that are going on in their life or try to untangle their complicated thoughts. Sometimes just showing you have empathy and want to lend a pair of ears and not lecturing them on what they should be doing according to your world view. Remember, there is a fine line between calming and helping the person out of their psychological maze and causing alienation and further anxiety.

When you can make the person feel that their voice is heard, you will then be able to develop a sense of respect and trust. Through this level of respect and trust can then allow you to calm the person’s emotional feelings and perhaps encourage them to open up to the discussion of the type of help they need.

To a helping hand or listening pair of ears,